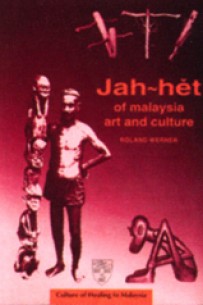 The appearance of the JAH-HET woodcarvings on the Malaysia art scene in the early 1960s has not only created excitement, surprise and recognition of this outstanding artistic expression of aborigines, but also doubts and criticism about such "art". Because Jah-Het trade-carvings do not serve any purpose and play no part in their traditional life, they have even been described by some critics (who did not seem to have enough background information) as "copies from other cultures."