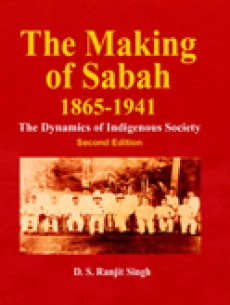 The Making of Sabah 1865-1941: The Dynamics of Indigenous Society

The period 1865 to 1941 is crucial to the understanding of Sabah history as it pertains to the vital phase of state formation. The end of the period saw the emergence og a modern centralized state with an identity of its own, created out of fragmented territories and disprate sociieties. The main ingredients in the formative process were the indigenous society and various political systems imposed by succeding regimes.
These regimes included the Brunei Sulu Sultanates and from 1882 to 1946, the British North Borneo Company. As such, the foundations of the state had their roots both in the pre-Company and Company periods. As indigenous society forms the corner-stone of these foundations, this work seeks to explore the natiure workings of that society and how it involved and related to the succeeding political systems in the Making of Sabah.