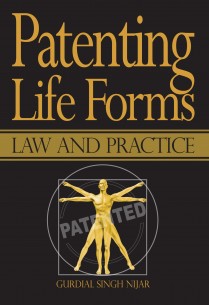 The advent of modern biotechnology has seen the proliferation of the use of life forms for the creation of products. In tandem with this development, patent over life forms have grown proportionately as the biotechnology industry seeks to protect its investment. This has spawned a debate about the propriety of patenting life forms. This book explores the issues surrounding such patenting. There is a need to identify the reasons for the growth of such patenting, the issues raised, the concerns dealing with such patenting and the way in which countries, especially leading patent countries have sought to resolve the competing views.