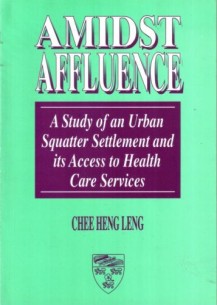 Amidst Affluence: A Study of an Urban Squatter Settlement and Its Access to Health Care Services

SQUATTER settlements have been a significant feature of towns and cities in this country since British colonial times. It is here that the lower social classes, those who labour in industry, provide services and fill the lower echelons of commercial institutions in the urban centres, live.      As industrial and commercial centres, the cities contain a concentration of the economic resources of the country. This is reflected by the general affluence of the urban population. Yet, the people living in the squatter settlements, although situated amidst this affluence, lack many things which the rest of the urban population take for granted.      Health care services provide one case in point. There is a high concentration of health care resources - doctors, specialists, and hospitals - in urban areas; but to what extent are these accessible to the urban squatter population? As the country aspires to 'develop' status, it is the improvement among the disadvantaged groups which will make the significant difference.